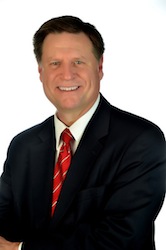 Neil was elected Judge of County Criminal Court Number 2 in Dallas County in 2002 and in four years became one of the county’s most highly rated judges. Disposing of more cases and trying more jury trials than any other judge during his tenure, Pask earned his reputation as a hard worker—receiving a 90% overall approval rating from the Dallas Bar Association in 2005. Neil was consistently recognized by his peers for his excellent performance on the bench and in each of his election bids, earned the Dallas Morning News endorsement.

Prior to becoming judge, Neil served for over 17 years as an Assistant District Attorney in the Dallas County District Attorney’s office. As a Chief Felony Prosecutor, he tried everything from DWIs to Capital Murders, including four death penalty cases. During his last four years in the office, he was Chief of the Misdemeanor Division, supervising 39 prosecutors in 13 courts. In this role, Neil supervised the prosecution of all misdemeanor DWI cases. Neil also served as Director of the SMU Prosecution Clinic, where he taught and supervised SMU law students as they represented the State under his tutelage.

Since 2007, Neil has successfully represented hundreds of individuals charged with criminal cases. He has won acquittals for his clients for many different types of offenses including: DWI, Family Violence Assault, Possession of a Firearm by a Felon, Aggravated Sexual Assault of a Child, and Murder. As a prosecutor, Neil learned how to tactically build a case, now he uses his knowledge to expose weaknesses in the prosecution’s case and create reasonable doubt.

Neil has been Board Certified in Criminal Law by the Texas Board of Legal Specialization since 1991, a distinction that only about 10% of all Texas attorneys hold. He has been re-certified four times since earning this distinction. Neil has been a speaker at numerous continuing legal education courses and has spoken on topics such as jury selection and cross examination.

Neil has strong roots in Dallas County. A Dallas native, he attended JJ Pearce High School, then Texas A&M, where he graduated with high honors, before settling back in Dallas and earning his law degree at SMU. He has been active in the community, coaching his children’s baseball and softball teams and has volunteered with the Boy Scouts.

Neil offers his clients aggressive representation in the area of criminal defense. While Judge, Neil presided over hundreds of jury trials. He saw what worked in these trials and what didn’t work and uses his experience as both a former prosecutor and judge to give his clients the best possible defense. Now, you can put Neil’s experience to work for you.

State Bar of Texas
Member Since: 1984

Board Certified-Criminal Law Texas Board of Legal Specialization 1991